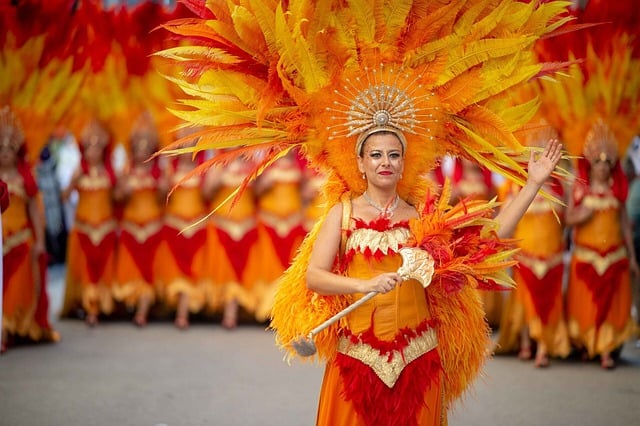 Hundreds of fiestas take place across Spain each year, whether it be a small village celebrating their patron saint or nationwide celebrations. Here is our pick of the best.

They may not have pancake day, but Spaniards know how to let their hair down before the frugality of Lent. Carnival fever sweeps across the nation as people prepare their costumes ready for a big party. While Rio style parades are held in the Canary Islands, some smaller celebrations really capture the imagination. 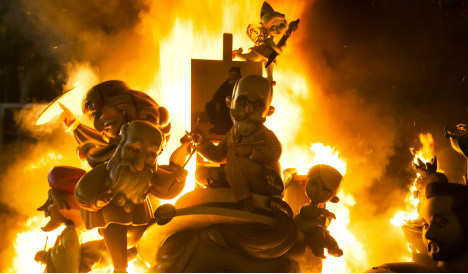 Each March in Sagunto, Valencianos celebrate Saint Joseph, the patron saint of carpenters. After months spent creating giant papier-mâché models satirizing politicians and popular figures of the day, the ninots are paraded through the streets before being burnt in a ferocious climax of bonfires and fireworks. 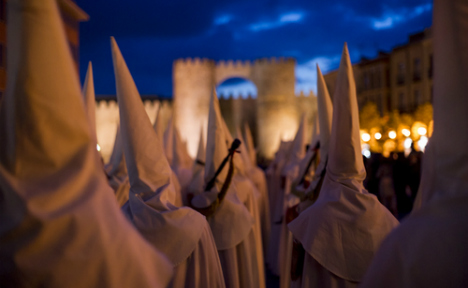 Easter week is one of the year’s biggest celebrations in Spain, where towns and cities stage processions and passion plays to reenact the last days of Jesus and his resurrection on Easter Sunday. Andalusia is home to some of the biggest and most elaborate processions, but wherever you are in Spain, there will be plenty going on for Semana Santa. 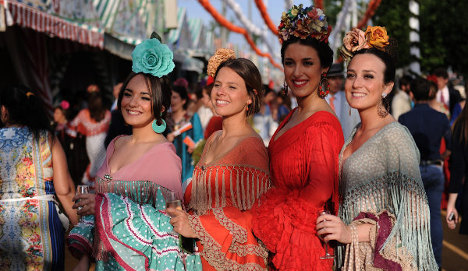 One of the most beloved fiestas in Seville happens around two weeks after Easter week every year, when people don traditional dress, dance Sevillanas and eat, drink and are merry during the Feria de Abril. Families have their own casetas, or marquees, but if you don’t know anyone with access to an exclusive caseta, have no fear – the partying and dancing spills out onto the streets of Seville, meaning everyone can join in the fun, that often lasts well into the early hours.

Moors and Christians Festival, Alicante region, throughout the summer 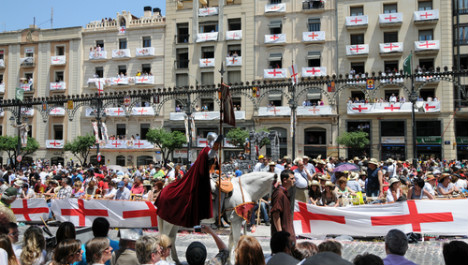 Towns across the Alicante region, from Alcoy to Altea celebrate their own versions of Moros y Cristianos, travelling back in time to the Middle Ages and the reconquista battles that saw the forces of the Catholic monarchs reclaim Spain. Teams dress up as Crusaders and Arabs and re.enact the battles.

The citizens of Cordoba will be competing for the prize of who has the most lush courtyard, decorating their patios with bright flowers, leafy green plants, fountains and more. The tradition dates back to 1921 with the town hall organising a competition, along with music, dancing and wine. 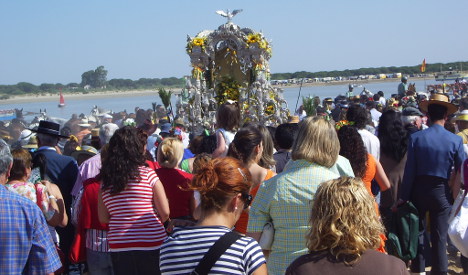 The most famous of Spain’s Romerias, El Rocio attracts some one million people on a pilgrimage to the saint, with some travelling on horseback, other by carriage or on foot dressed in traditional flamenco-style outfits. Expect live music, dancing, food and drink until well into the early hours.

For the last three centuries, revellers have gathered in the town of Haro, La Rioja, every June 29th for “La Batalla del Vino” – literally, the Battle of Wine. Dressed all in white with red neckerchiefs, thousands of participants gather at the Hermitage of San Felices de Bilibio for a mass to celebrate the feast day of San Pedro. Then they douse each other in vino.

Stiletto races, Mr Gay Pride contest and live street performances are all part of one of the biggest and best gay pride events in Europe culminating on the 2nd July with a colossal parade through the capital.

As much a Spanish institution as tapas, flamenco and paella is bull running, and the San Fermin running of the bulls in Pamplona is by far the biggest event of its kind in Spain, thanks to being made world famous by Ernest Hemingway. The festival runs from the 6th-14th July. Anyone can take part in the 8am ‘encierros’ as long as they’re over eighteen and sober.

An ever-popular fixture on the international festival circuit dubbed ‘Glastonbury in the sun’, FIB takes place in the Valenciano seaside resort of Benicassim.

The small town of Buñol, 40km from Valencia, probably offers one of Spain’s funniest festivals. Each summer, 40,000 people take part in the world’s biggest food fight, throwing tomatoes at each other to create one huge mess. Held the last Wednesday of August, participants are now required to buy tickets in advance.