Attractions and Places to Visit in Alicante

Alicante on Spain’s Costa Blanca offers a variety of things to see and do, such as beautiful beaches, historical sites, archaeological digs and a Moorish fortress. In July and August there are free concerts in the courtyard of the Castle of Santa Barbara. The colourful city promenades offer shade during the day and concerts at night. The markets feature some of the best of Spanish shopping.

In Alicante you can see the Ibero-Roman city with remains dating from the 5th century BC to the 2nd century AD, or choose to see some of the displays of the finest contemporary artists; one of the most advanced archaeological museums in Spain; or the largest collection of 20th-century Spanish sculpture in the world; or an imposing mountaintop castle, Gothic churches and many extraordinary examples of civic and religious buildings in the baroque style.

As a new addition to Alicante's fine selection of monuments and museums, the city is soon to open a Provincial Fine Arts Gallery intended to contain and preserve 19th-century paintings and other works of art now in the holdings of the provincial council.

The city's 18th-century manor houses, the typical Santa Cruz quarter with its quaint chapels, and many other monuments scattered around the urban area where travelling exhibitions are often held, are other attractions in the tourist lineup this city has to offer, ensuring that visitors will be pleasantly surprised.

The city of Alicante has been inhabited for more than 7000 years, making this port culturally enriched. The arts, crafts and antiques reflect the diverse civilizations that have flourished here. To get hold of some of the relics you can visit the following stores.

Alicante is famous for its wonderful palm tree flanked boulevard and shopping streets. The original name of the city “Lucentum” translates as “City of Light”. This attractive town along the Costa Blanca has stunning beaches, huge plazas, wonderful parks and lots of adventure as well as great weather. The city provides fun, entertainment and a great nightlife for tourists and locals alike, who can hang around until the late hours.

During the heat of the day drive to the Caves of Canelobre, Spain’s biggest and deepest cave system. Once you park in the free parking lot, enjoy the scenery of the surrounding countryside while having a cold drink and waiting for the next guided tour to start.

Cave visitors enter through a hewn tunnel that leads to a balcony overlooking the main cavern, a huge auditorium-type space. View the hundreds of stalactites and stalagmites, many of which resemble candelabra which give the cave its name. The caves are also lit by a variety of colour lights designed to encourage the imagination to see other shapes such as animals. Previous visitors advise tourists to take a jacket, its cold in there. The cave is open year round except for Christmas and New Year’s Day.

Alicante is a port city, with beautiful beaches and warm weather. While the city is perfect for lapping up the sun and lazing around the beach, it has much more to offer. The city has some excellent museums, with a wide collection from many talented and celebrated artists.

Gravina Museum of Fine Arts is housed in the Palacio del Conde de Lumiares, which is a historic landmark in Alicante, built between 1748 and 1808. The museum has a wide collection of more than 3000 artworks, about Alicante ranging from the 16th century to the early 20th century.

Archaeological Museum of Alicante is dedicated to presenting the history of Alicante as it evolved from prehistoric to the present times. The museum has many interactive exhibits and uses audio visual techniques. It provides a detailed insight into how archaeologists of the old worlds, discovered secrets of the past. More than 80,000 pieces in the museum have been found in local archaeological sites.

Contemporary Art Museum is housed in a baroque building called, ‘Casa de La Asegurada’ that was originally used as a warehouse. It was also used as a business school for a while. It was built in 1685. The museum houses one of the most important art collections of contemporary art. The collection was donated by Eusebio Sempere to the museum in 1977. The collection boasts works of Picasso, Dali, Bacon, Miro and Cocteau as well as other internationally renowned artists. 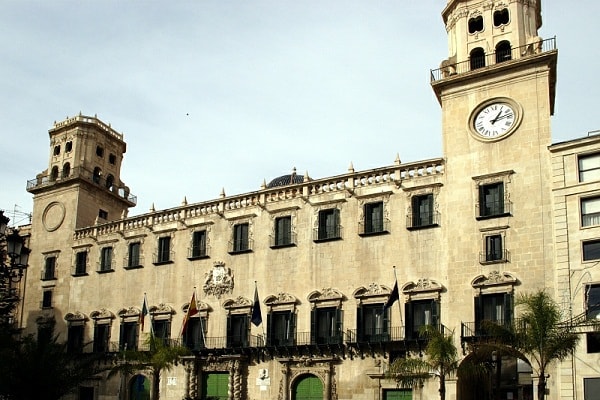 This building with baroque civic architecture is situated just behind La Explanada Park in downtown and southwest of Santa Maria. Locally known as Ayuntamiento, it has beautiful twin towers...
Read More 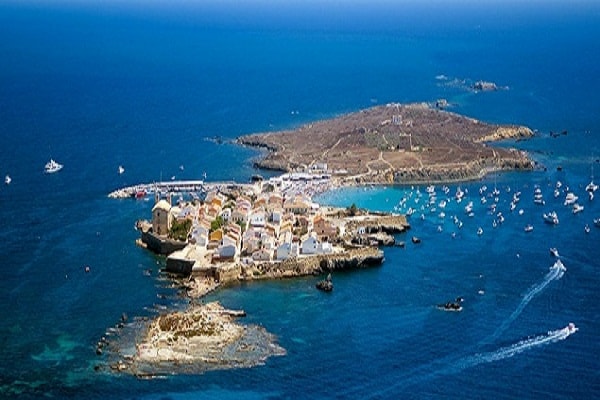 Tabarca is the largest natural island located in the Autonomous Community of Valencia, just off the Cabo de Santa Pola. It is administratively dependent on the city of Alicante and is popular...
Read More 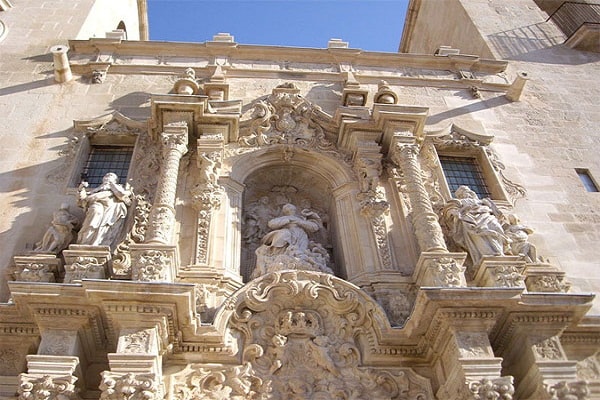 St Mary's Church built in a gothic style between the 14th and 16th centuries is one of the major attractions of the city. It has been constructed over the ruins of a former Moorish mosque.
Read More